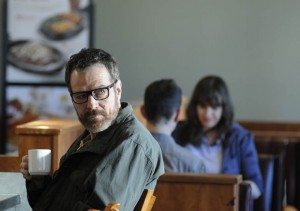 Never before has a television show so deeply disturbed me. I say disturbed, in the sense that my entire perception of what a show can be has shifted. Nothing else, in my personal opinion, could stack up to the horrifying, perfect catastrophe that was the 5th and final season of AMC’s highly acclaimed Breaking Bad.

Over the course of 5 seasons, the show follow’s Walt’s transformation from a mild-mannered chemistry buff to a murdering, conniving, evil meth kingpin better known by his street name, Heisenberg, and the impact that Walt’s business has on the people around him.

Plot, however, is not what made Walt’s saga the best thing on television.

Throughout its 6-year run, Breaking Bad maintained an extremely high quality of writing and character building. Bryan Cranston and Aaron Paul’s phenomenal acting chops were showcased as their characters grow and change together, and Anna Gunn as Skyler White, Walt’s wife, is an often overlooked but incredibly talented asset.

The visual quality matches the level of the acting and writing.

Each shot is framed exceptionally well, and so much of the show’s subtlety rests in its use of colors and camera angle. In many instances, the way situations are captured tells as much of the story as the dialogue does.

The 14th episode of the season, “Ozymandias,” was very narrowly the best episode of the entire season. Without giving away any spoilers, three major, game-changing events occur during the episode, sending Walter’s life from a gradual decline to a dizzying freefall.

Unsurprisingly (to me), the episode is rated a solid 10 out of 10 on IMDB, and earned a “100% Fresh” rating from Rotten Tomatoes. The rest of the season is similarly rated. Following the finale, Breaking Bad edged out Planet Earth for the #1 rated TV show spot on IMDB.

Again, without giving away any spoilers, it was one of the most satisfying endings I’ve ever seen. All loose ends were wrapped up, but there was enough ambiguity that it didn’t feel as though the show’s writers were attempting to railroad me into a clearly defined conclusion.

The only criticism I have is that I wasn’t especially surprised by anything that happened, though to be fair I don’t think that a last-minute shock would have been appropriate for the story.

One of the best parts of the show, something that’s remained consistent over the course of its run, is the soundtrack. Each song, when used, fits absolutely perfectly in context. This is one of the few instances I’ve ever seen where the music actually adds to a show’s story. For example, the Marty Robbins song “El Paso” is played during the finale, a choice that seems strange on the surface but is actually a metaphor for Walt’s final choices.

Even though Breaking Bad has come to an end, the world of Walter White will continue on. AMC has greenlighted a concept from the show’s producer, Vince Gilligan, called Better Call Saul, which will revolve around the life Walter’s shady lawyer Saul Goodman (Bob Odenkirk).

Breaking Bad’s extremely high ratings say it all: viewers expect quality, and it is my greatest wish that TV companies see that demand and begin to meet it with shows that are more substantial than  reality shows or petty police dramas.

The Fairfax County Department of Health reported the largest one day increase in coronavirus cases, with 31 new cases yesterday, March 25, for a total of 77 confirmed Fairfax County cases.

“Our School Board is meeting later this afternoon in an emergency session and I will be working closely with them to determine our next steps,” FCPS Superintendent Scott Brabrand said on Virgina schools being ordered to close for the remainder of the school year.

Governor Ralph Northam announces all schools will be closed for the remainder of the school year.

IB has cancelled all May 2020 exams due to Coronavirus.