Students are easy targets for the distractions of Netflix

By: Rana Attia
In: Arts & Style 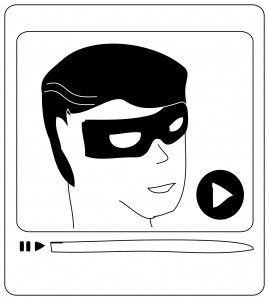 By providing a seemingly endless stream of TV shows and movies that can be acessed at all times, Netflix makes it even easier for students these days to find a program to watch instead of doing a homework assignment.

Netflix’s original shows are now adding to the appeal. For instance, Orange is The New Black and House of Cards are highly regarded shows that are only available through Netflix.

This wider variety of television options may provide a new incentive for people to watch TV, and spend less time on school.

Other Netflix exclusives include the final season of the cult favorite Arrested Development, whose early cancellation from regular cable prompted years of petitioning for its return.

Netflix exclusives aren’t the only potential distractors. When select shows (for example, Breaking Bad or The Walking Dead) finish airing their seasons, the episodes automatically become part of the Netflix catalogue.

Some students argue that they can both catch up on their favorite shows and complete school obligations.

“I sometimes watch Netflix, but it does not distract me from my studying,” junior Erika Montinaro said.
Some students, however, do think that Netflix is a distaction from their academic goals.

“I think Netflix can be a distraction because there are a lot of addicting shows and good movies,” sophomore Chloe Molinos said.

One solution that Molinos proposed is to try to stay away from the website altogether.

“I can stay away from my laptop—if that’s possible—or avoid typing in Netflix-dot-com,” advises Molinos.

Self-control isn’t necessarily a universal trait. The lure of Netflix is not just reserved for high schoolers; Netflix also has a section for children only, featuring kid-friendly shows and movies.

Unlike regular cable, where shows only air at a certain time during the week, Netflix has 24-hour accessibility for everything it hosts. In an age where everyone is already plugged in, that extra distraction is exactly what high schoolers trying to finish their last few pages of math homework might want to avoid.