Swift’s reputation is the highest selling album in the first week since its release. Here we review the four most notable tracks.

The lyrics in this song are much more mature and sound like a track off of 1989. This song is about being ready to leave a relationship and enter a fling destined for failure before ending things quickly. “I’m in a getaway car. I left you in a motel bar. Put the money in a bag and I stole the keys. That was the last time you ever saw me,” outlines abruptly leaving a relationship when one partner least expects it. Despite its more somber message, the song is still fun to sing along to.

Collaborating with longtime friend Ed Sheeran and rapper Future, the trio make its different sounds work well together. The most unusual aspect of the whole song isn’t that Swift incorporates rap into her music, but that Future’s verse is G-rated. Despite this, “End Game” is a nice transition to Swift’s dark pop sound.

“Look What You Made Me Do”

No song encapsulates Swift’s new attitude better than her lead single. “LWYMMD” is a dark pop song with lyrics that let the world know that Swift is out for revenge against everyone who tarnished her image. The most notable aspect of the song is the spoken-word “I’m sorry, the old Taylor can’t come to the phone right now. Why? Cause she’s dead!” in which Swift confirms that she is not holding back. This song reveals that Swift is no longer an innocent country-pop star, but rather a tough woman ready for her comeback. It’s not the best song on the album, but it makes the strongest statement.

It’s not a Taylor Swift album without a love ballad, and the 15th and final track delivers a slow and intimate song that exposes Swift’s affection for her beau Joe Alwyn. In love-letter-like lyrics, Swift sings, “I want your midnights but I’ll be cleaning up bottles with you on New Year’s Day,” presenting her infatuation with Alwyn. Departing from her aggressive opening to the album, “New Year’s Day” is open and vulnerable. A sweet song, Swift saved the best for last. 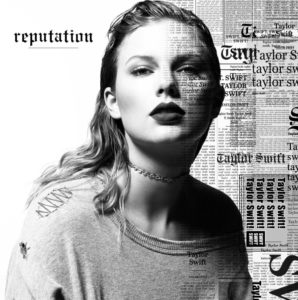 “We are not in the same condition as we were several weeks ago,” Brabrand said in today’s school board meeting.