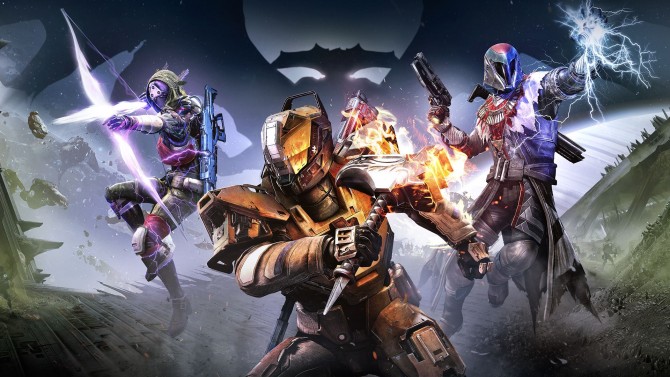 Destiny: The Taken King expansion dropped on Sept. 15 and it looks like a promising addition to the team at Bungie’s ten year development plan.

After you and your fellow Guardians defeat Crota, Son of Oryx in The Dark Below, Destiny’s first expansion, word of your accomplishment spreads throughout the galaxy. Oryx, The Taken King, ruler of the hive, having heard of his son’s death, is out for vengeance and is willing to destroy anything in his path to kill those responsible.

Unaware of Oryx’s plan, you are sent to Phobos, Saturn’s moon, to answer a distress call from a Cabal base. This first thing players see upon arrival is one of the galaxy’s most powerful armies running in fear.

Upon entering the base, players encounter the Taken, Oryx’s evil army of corrupt and tortured versions of the enemies you’ve previously fought. With this new story-driven narrative that was missing in the original release, the future of the series now looks more promising.

The list of complaints from players about the original release focused mainly on its poor story, and Bungie has clearly heeded those cries. The main and most well received change to the game is an introduction to plot. Actors like Nathan Fillion and Gina Torres are finally able to use their talents and help develop characters that originally had only one or two lines of dialog. This was a smart move by Bungie, as it allows you to form a more personal connection with each of the characters, making the conversations you have seem more meaningful.

Quests were another highly requested addition from players. With the new quest page players are able to continue their experience after beating the story and complete quests assigned by characters in social areas. Opening up the lore of the games expansive universe was an amazing addition that allows players to feel like a part of the story.

However, one change that many are still unsure about is the replacement of Peter Dinklage as Ghost. This change was mostly made because of availability issues with Dinklage. Now, the robotic companion’s voice is that of Nolan North, known for his role as Nathan Drake in the Uncharted franchise. North’s ghost adds a more comedic tone compared to Dinklage’s monotonous voice, giving Ghost a more companion-like feel.

Along with the new story and quests comes three new strikes to the game. Strikes are longer campaign missions that end in boss fights. However, the new improvements to these strikes is the introduction of strike specific loot. These items only drop after players defeat the boss at the end of the strike, giving morevalue to the player’s equipment arsenal.

By far biggest addition in The Taken King is the new area to explore. The Dreadnaught is Oryx’s flying fortress containing unknown secrets and enemies to fight. On the ship is the Court of Oryx, a event that is triggered by players and involves different bosses with unique abilities and ways to be defeated. However, the most exciting thing to do on the Dreadnaught is the new raid. A group of six player start off in the Court of Oryx and go through the depth of the Dreadnaught fighting multiple bosses that are sure to be a challenge to new players. The raid development team really outdid themselves this time and I can’t wait to see what they have planned for the future.

Destiny: The Taken King is Bungie’s saving grace. Without the expansion, Destiny would have been forever known for being a game with no story and repetitive gameplay, but with it the game has been revitalized. With the introduction of a full fledged story and character development, Destiny’s future is looking brighter than ever.