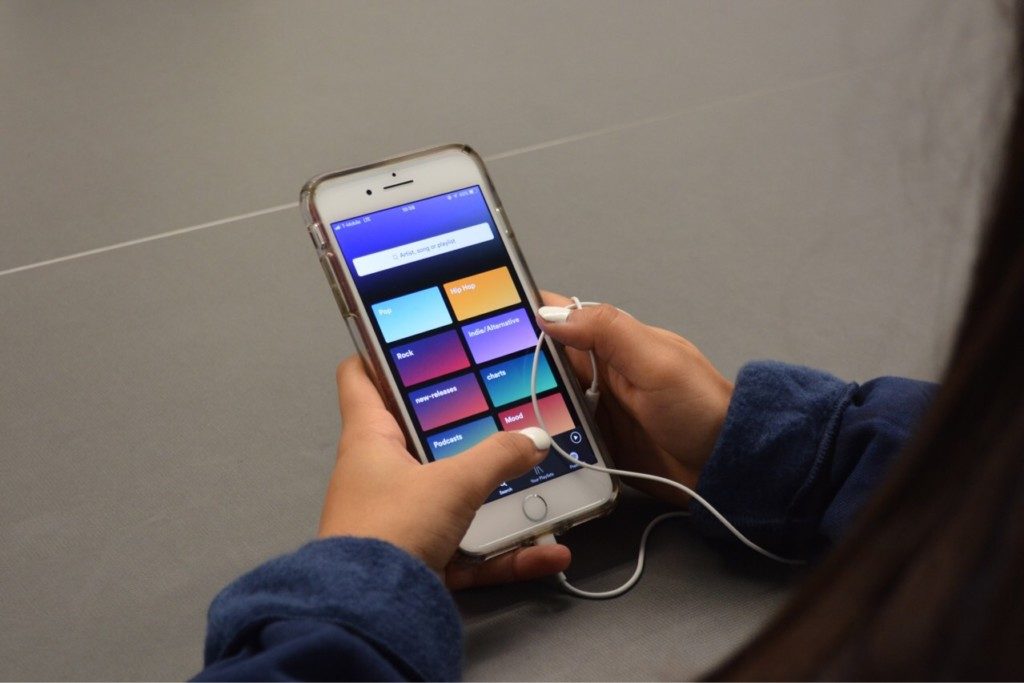 Music plays a significant role in teens’ lives, and as a generation born into technology, music platforms are continually evolving.

Apple Music and Spotify often go head-to-head to claim a title as the top music streamer.

“It is really easy to find new music,” senior Alex Pigeon said. “You can do that much easier on [Spotify rather than Apple music].”

Spotify offers a variety of features to enhance users’ experience, such as their Discover Weekly and Release Radar playlists.

“[Spotify] has the Discovery Playlist that they make for you based off of what you listen to,” senior Gabriela Stapleton said. “I listen to that a lot because I end up discovering new songs. I have found a lot more diverse music than I would have found on Apple music.”

Although both services offer a student discount, Spotify includes extra benefits, such as access to Hulu Limited Commercials and free SHOWTIME Streaming Services.

Despite Spotify’s add-ons, a few students prefer Apple Music, as it synchs with their Apple devices.

“I have used both [Apple music and Spotify],” junior Nate Rosenbloom said. “I prefer Apple music because it is built into the phone and is more accessible.”

Apple used to only sell individual songs, resulting in a shift to Spotify, a service providing free music at the expense of frequent advertisements.

“[When I first downloaded the Spotify app,] it was one of those free applications that has free music with some advertisements,” junior Shams Al Jassar said. “Apple Music did not exist, and you originally would have to pay for each individual song [on Apple music] that you wanted. There was not a subscription option.”

As a free service with a subscription option, students who prefer not to pay a monthly fee may use Spotify.

“I like Spotify more than Apple Music because [Spotify] gives [users] the opportunity to play music for free instead of paying $9.99 per month, which my parents don’t want to do,” sophomore Ayah Hwail said.

Flaws in the communication systems hinder information
Learn attendance system – is safety worth the inconvenience?