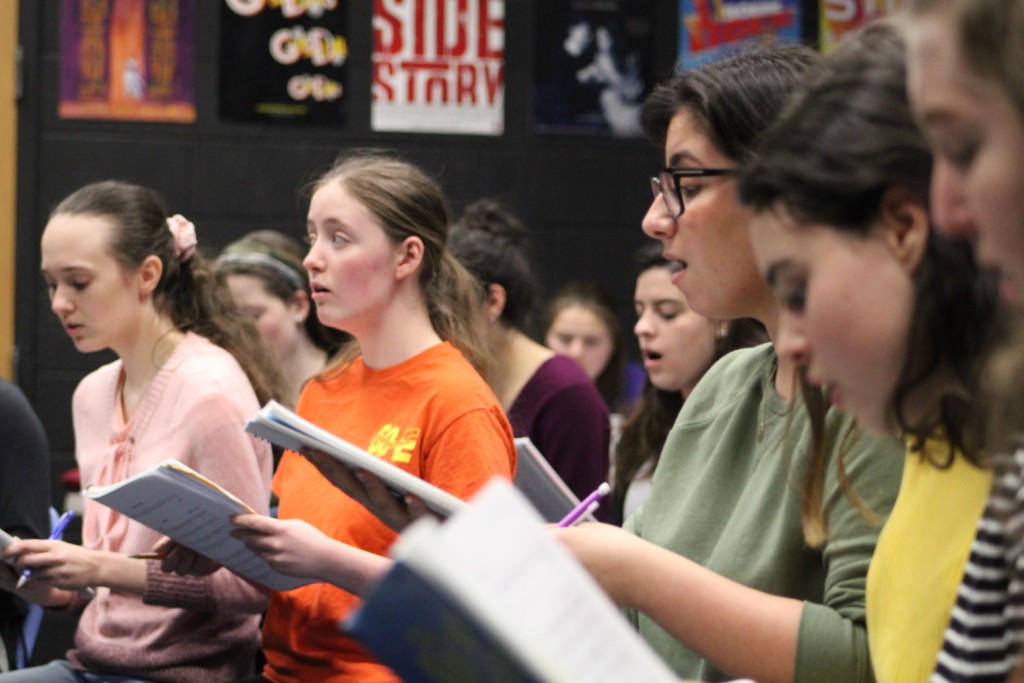 Instead of limiting the cast to strictly Marshall students, theatre director Bernard DeLeo cast elementary schoolers for the younger roles in the upcoming play “The Sound of Music.”

The play is suitable for all ages and it follows a true storyline.

“‘The Sound of Music’ is a classic, golden age musical written in [the] 1950s by a team of Roger Hammerstein,” DeLeo said. “He pretty much invented the template where songs came out from characters’ needs, wants and desires.”

DeLeo said to portray accurate characters for the production of “The Sound of Music,” he casted elementary schoolers to play the younger roles.

“You will not cast high school seniors to play young children,” DeLeo said.

Elementary schoolers who received a role in the play said they were surprised once the theatre department let them know they would be participating in the upcoming show.

“I’m kind of grateful, but I’m also kind of shocked,” fourth grade Westbriar elementary student Anson DeVinney said. “[I feel] good [about being accepted into the play] and scared because there’s so much more experience to [uphold] and I have never really done a giant stage performance like this before.”

Theatre students said they are excited to be working alongside elementary school students in the cast of the musical.

“I think it is really cool,” freshman Luke Batarseh said. “I didn’t feel like there were enough opportunities to be in something bigger than just inside our elementary school. You see the joy in kids’ faces when they are in the show. They […] really make the show a lot happier for everybody.”

Batarseh also said having elementary schoolers playing children roles gives the show more realism, so the theatre department will not have to resort to casting seniors to play six-year-olds.

Along with casting, theatre faced scheduling issues where they had to include the elementary school students who passed the auditions.

“There [is] some drama on [having children playing their roles],” Batarseh said. “They can get a little bit disorganized and [theatre] can’t start a rehearsal until 4:30 pm, which is kind of late for some people.”