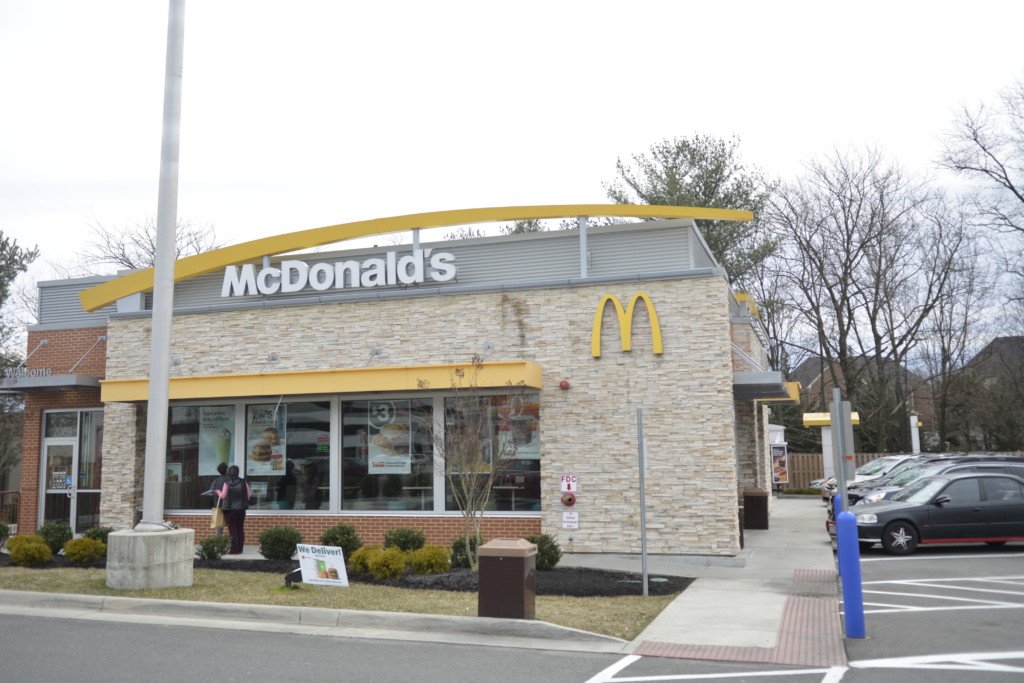 A part of the Friday Night Lights experience is socializing after games. From football season to basketball season, students convene at the McDonald’s on Chain Bridge Road year after year to catch up with friends.

The tradition began soon after Marshall opened, as it was the closest McDonald’s to Marshall at the time. Senior Izzie Moutinho said students often refer to the McDonald’s as “Marshall Mc.”

Going to McDonald’s after games begins as a way for students to show school spirit and relax with friends, but meetups in the past have become erratic.

“[Marshall has] a really bad history of being kicked out of the McDonald’s because the kids will leave a huge mess and trash the place,” Moutinho said. “[After one of the games], they broke a table because all these kids were trying to see how many could fit on top of the table […] and the table toppled over and broke.”

Though going to McDonald’s after games is a way for students to show their school spirit and relax with friends, the meetups can become rowdy.

“I go to McDonald’s because it’s fun and [we are able to make] memories.” senior Megan Crone said.

Regardless of the chaos, students return to Marshall Mc for the laid-back environment. Moutinho said students who cannot come to the games still meet at McDonald’s because being there is an event in itself.

“People are showing up because [going to McDonald’s] is […] the thing to do,” Moutinho said. “Everyone goes to Mc, even kids that can’t go to the game. It’s late enough that if they had a prior commitment they will just show up after and meet all [their] friends there.”

“Everyone’s school has their own McDonald’s that they hang out at because McDonald’s will continue to let us in because we bring in so much business for them,” Moutinho said.

The Chain Bridge Road McDonald’s has continued to host students for the past 57 years.

“[I go to show] school spirit,” senior Miguel Abradu-Otoo said. “It’s just a time to socialize. I feel like Marshall Mc is a high school experience everyone needs to have and something you need to experience before your high school career is over.”