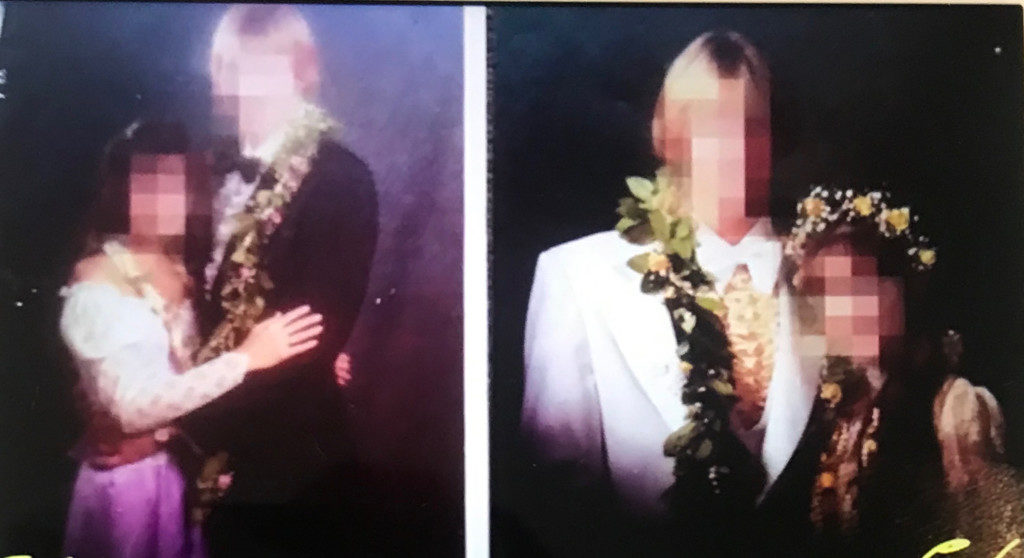 The documentary explains the story of the utopian Rajneesh movement, which settled in desolate Oregon from 1970 to 1985. The government considered the group highly controversial because of the attempted murder through a bioterror attack and hostile practices.

Hale said he came across the docuseries after a student recommended it to him.

“One of my students suggested […] the documentary [when it] came out and asked me to see it,” Hale said. “I remembered when this cult was going on and it sparked my interest.”

As Hale and his wife were watching, the film began revealing the crimes within the cult, including a federal agent stating the group committed the largest immigration fraud scheme in United States history.

“There was a flash of these people that were supposedly involved in this immigration fraud on the screen,” Hale said. “My wife and I sat straight up in bed and said ‘oh my gosh, that’s our prom picture.’”

Afterward, Hale replayed the scene and paused it when the picture was on the screen. Despite their blurred out faces, the photos were, in fact, their high school prom ones.

“[The photo] was implying that we were part of some scheme to defraud the government,” Hale said. “I said ‘I don’t think so. Those are Hawaii prom pictures.’”

Hale’s son found old pictures of his parents for a class assignment and posted the photos on a Reddit page after he found them. This is where the producers of the documentary took the photos.

“The photo was obviously ours,” Hale said. “My son actually posted the picture on Reddit and Netflix just lifted the photo from that page.”

Hale said the event upset his wife because of their association to a mass crime.

“[My wife and I] talked and she was really upset because of the portrayal of our photo,” Hale said. “I think it’s really messed up.”

Hale said he and his wife do not intend on taking any further action against Netflix in an attempt to prosecute the company for defamation of character. Hale said the real lesson is to not believe everything you see on television.

“The fact that [Netflix] would do that [makes me wonder] ‘what else have they done in their other documentaries?’” Hale said.