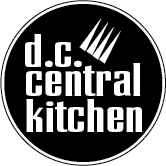 DC Central Kitchen, a resource that supplies meals to various homeless shelters, has had an everlasting influence on both the homeless population of Washington D.C. and the Marshall community. But recent contract changes unfairly jeopardize its future service.

The Community Partnership for the Prevention of Homelessness (TCP) awards contracts to food vendors for the distribution of meals for 10 major homeless shelters across Washington D.C. To determine which vendors receive contracts, TCP conducts a bidders conference and accepts applications.

DC Central Kitchen has long been a food provider for all locations. Since its first delivery in 1989, it has cemented itself as a veteran supporter of the local homeless population.

Despite of DC Central Kitchen’s contributions and history, TCP decided to award a majority of the contacts to competing for-profit caterer, Henry’s Soul Cafe, and subsequently raise the cost of feeding the homeless.

According to the Washington City Paper, TCP reimburses Henry’s Soul Food more than it did for DC Central Kitchen. Additionally, Henry’s will get reimbursed for “speciality” breakfasts or dinners.

Why TCP would choose a service which has no prior experience delivering to the homeless shelters and wants more reimbursements for the same meals is beyond reason.

DC Central Kitchen does more for the D.C. homeless population than imaginable. It takes unwanted produce from restaurants and farms and uses it to provide assistance to marginalized people.

According to the DC Central Kitchen website, it distributed 3.2 million meals to various communities across D.C., including schools and shelters this year alone. It offers culinary training for unemployed adults and has an 86 percent job placement rate with 104 graduates.

The DC Central Kitchen is an important organization, not only for their fight against hunger, but also for their emphasis on national issues including homelessness, poverty and unemployment. It has been serving local shelters for 30 years, and its ideals have extended farther than its vicinity.

TCP must reconsider where the local homeless population receives their meals from and give DC Central Kitchen the money it has earned for its continued efforts to end hunger.