“It: Chapter 2” proves to be a waste of time and money for those who read the story

Home /Opinion, Top Stories/“It: Chapter 2” proves to be a waste of time and money for those who read the story 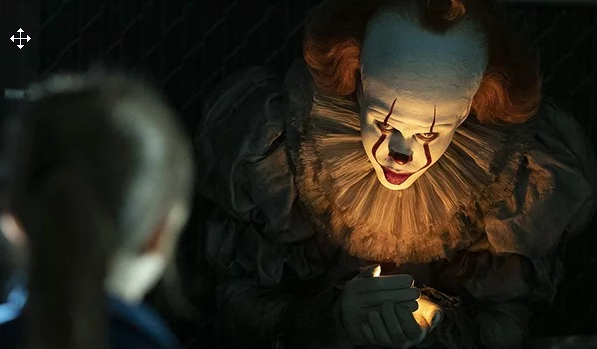 The seven members of the Loser’s Club, a group of friends from Derry, Maine, now adults with no memory of their childhood, reunited in “It: Chapter 2,” which arrived in theatres nationwide on Sept. 6. Though it was a satisfactory sequel to the 2017 film, “It: Chapter 2” lacked numerous important aspects from the novel, frustrating fans of the book.

The casting in the movie was phenomenal, and the overall personalities of the characters, for the most part, remained intact through the transition from child actors to adults. Bill Skarsgård, who reprised his role as Pennywise the Dancing Clown, delivered a better performance than he did in the first movie. Bill Hader and James Ransone, as Richie Tozier and Eddie Kaspbrack respectively, were also definite stand-outs. Unfortunately, the actors and a few visual effects are the only redeeming features of the film, because the rest of the movie is a waste of time.

It is understandable that a movie based on a one thousand page novel would omit certain pieces of the story. But “It: Chapter 2” did a poor job choosing which parts to keep and what to exclude.

While the novel incorporated common phrases from the Loser’s Club’s chiIdhood into their adult storyline, the movie mentioned classic lines like “beep-beep Richie” and “hi yo, silver! Away!” only once each, making the adults seem more disconnected from their childhood than they did in the novel.

Additionally, other than one Easter egg, there was no reference to the Turtle who created the universe in the book. The filmmakers completely disregarded the backstory of It, as well the important balance of good and evil, offering the audience no insight into why It is terrorizing Derry in the first place.

The 2017 movie did a good job showing how the children feared not only the shape-shifting monster, but also school bully Henry Bowers, who terrorized each member relentlessly in their childhood. Bowers is an essential character to the plot, because without him, the Loser’s Club would never have even existed. Somehow, the second movie was not nearly as successful with conveying the multiple threats the group faces as they navigate their way to Pennywise’s lair. Though the filmmakers included some notable scenes of Bowers at the institution police send him to, he was dead within five minutes of his escape. The death was comical and had no sense of urgency, as it did in the book.

A major flaw of the movie was the decision to make Mike Hanlon act as a secondary antagonist after Bowers dies. He is obsessed with their childhood trauma and determined to find answers by doing anything necessary, going as far as stealing an ancient relic from a Native American tribe and lying to the members of the Loser’s Club about how to defeat It. This is another instance where keeping the plot of the book would have worked better than what the filmmakers chose to do. They portrayed Hanlon as a desperate and friendless liar, making him incredibly unlikeable throughout the movie.

Loser’s Club members Bill Denbrough and Beverly Marsh’s spouses played an important role in depicting the extent of It’s control. In a way, the 1990’s miniseries did a better job staying true to the original story, because this was just another aspect of the book which was missing in the 2019 remake.

The biggest disappointment of the movie was the ending. Stephen King establishes the true form of It in the novel: a female spider who has laid hundreds of eggs where she resides. This does not happen in the new movie. The final battle is between the remaining members of the Loser’s Club and It, as an amusing half clown-half crab creature.

After a brief discussion, the adults decide to kill the monster by calling it names. They insult this terrifying and powerful entity, who essentially stole their childhood from them, for what seems like a good 15 minutes and finally bully him to death.

If you want to sit through the two and a half hours of the 2017 “It” movie and the almost three hours of “It: Chapter 2”, go ahead. But if you would rather not spend nearly six hours of your life only to see one of the most pathetic endings in movie history, it may be best to stick to the original miniseries, or just read the book.