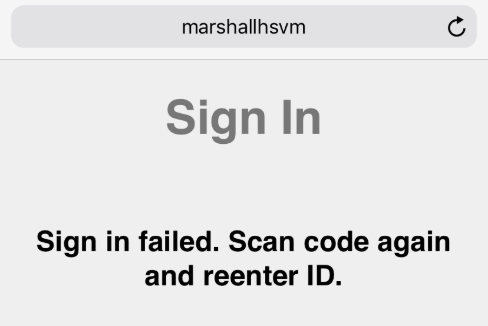 The Marshall Testing and Assessment Center office has introduced a new sign in system involving the use of QR codes to track students sign-in locations during LEARN. However, students have been having trouble with signing in.

Dr. Nimel Theodore, Tim Cain, David Barkley and Rebecca Crawford all worked on the system, as well as a Thomas Jefferson High School for Science and Technology alumna programmer, who currently attends William and Mary.

Theodore said the system is a replacement for the old netbooks used for signing in last year, which brought up concerns about security.

Junior Mathew Walter said the QR code system is a good idea and it just needs a little bit more work done on it.

“So far, it’s not a success, but I can see in the future that it could potentially be successful,” Walter said. “Just a little bit of work is needed.”