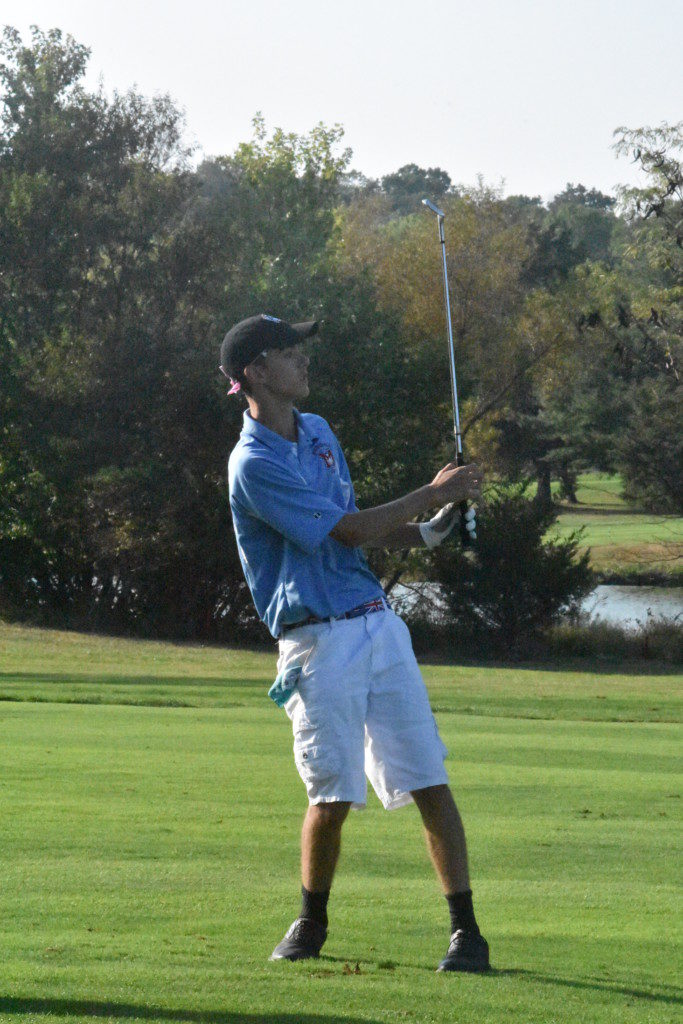 The co-ed golf program has one varsity team, which went undefeated in regular district play for the past two seasons. Despite their perfect record, they lost to Thomas Jefferson High School for Science and Technology (TJHSST) last year at the district tournament and underperformed at the subsequent regional tournament.

During this year’s season, however, the team took home the district title, winning the program’s first district championship since 1995.

“Last year we went [seven and zero] in district play, but then in the district tournament we came in second place,” head coach Brandon Kahnell said. “We set our goal this year to win the district title, which we ended up doing.”

At this year’s district tournament, the team took home the championship with a total stroke count of 603. Coming in second, TJHSST had the next lowest score of 650 total strokes.

“I definitely attribute [my performance] to how I spent my time practicing,” Stanford said. “I was able to become more goal-oriented during those practice sessions and this is definitely the thing that took my game to the next level.”

After the district tournament, teams competed for the top two spots at regionals for a chance to participate in the state tournament. Langley came in first place during regionals. While the team trailed the second-place Madison by ten strokes at the end of the first day, they were unable to close the gap and finished regionals in third.

“We were hoping to get into the top two of the regionals, and we didn’t quite reach that,” Kahnell said. “So I think next year our goal will be to be in the top two of regionals and make it to states.”

Of the golf team’s current 12 members, three of them are female, all of whom joined the team this season. The last time girls played in the golf program was during the 2014 season.

“I was a little nervous at first and thought [the girls] were going to be left out,” golfer and sophomore Jaya Pania said. “However, everyone was so welcoming and it was one of the most fun [experiences] I have had in a very long time.”

In comparison to the girls, the boys on the team have more overall experience playing golf. The coaching staff said they are ultimately aiming to start a girls program so as to properly train those newer to the sport, given there is more female interest in the future.

“We don’t have a girls program right now because there wasn’t enough interest to get enough females,” Kahnell said. “We’re just hoping we can get enough interest by next year to have the girls developmental club so they can get the practice that they need and then hopefully they can work their way up into making the varsity team.”

Coach Kahnell said he attributes the team’s performance this season to their work ethic and he hopes to further improve for the next season.

“Our team set their goals early, and every one of the people on our team was focused, came to every practice [and] worked on every aspect of their game,” Kahnell said. “They definitely put the time and effort in there […] and it paid off.”

Kahnell said he uses his position as a gym teacher to try and see if underclassmen would like to join golf.