Blast from the past: two friends reunite

Home /Features/Blast from the past: two friends reunite 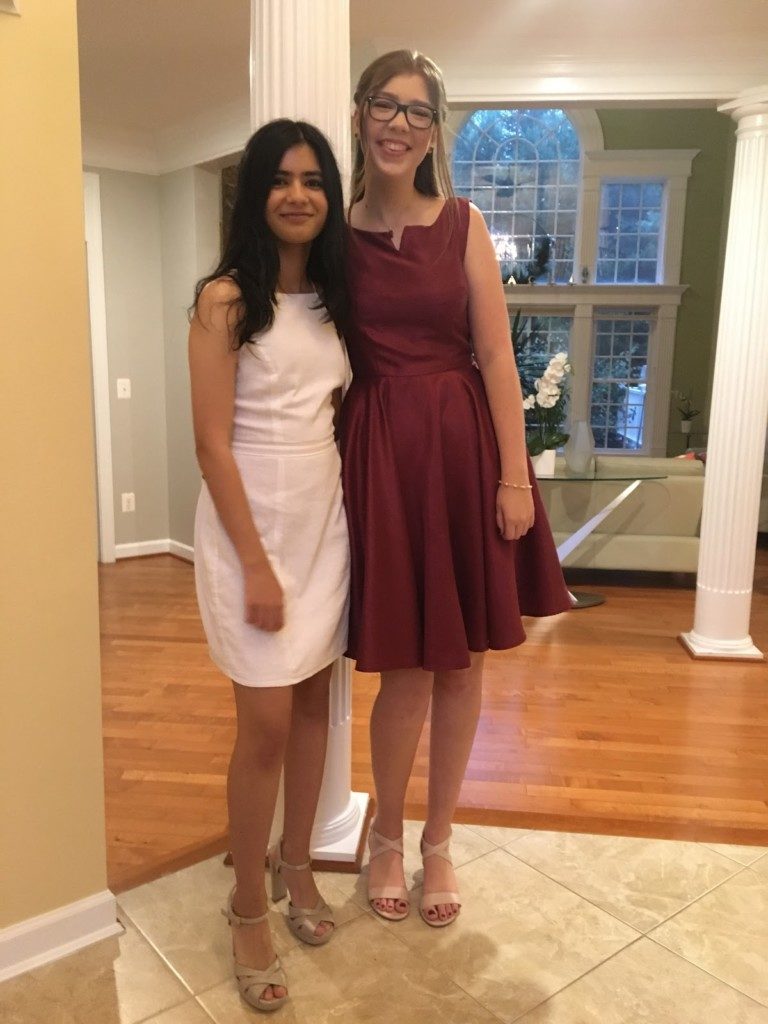 First came confusion, then shock and finally excitement as two friends reunited in their math class after being 7,000 miles apart.

One could consider the the odds of the reunion of juniors Aysha Berry and Shirin Iqbal one in a million, as both knew each other in Abu Dhabi prior to attending Marshall before Berry moved.

Their story begins at the American Community School of Abu Dhabi, which is where Berry and Iqbal met for the first time. They were both stationed in Abu Dhabi due to their fathers’ jobs requiring the families to move around.

Though they had classes together, Berry said they were not very close friends.

“There were only about 100 kids in our grade so I knew everyone,” Berry said. “[Shirin and I] were never really super close, but we knew each other and hung out.”

After three years of attending the same school as Iqbal, Berry moved to Virginia due to her father’s job in the State Department.

“I kept in touch with other people from Abu Dhabi,” Berry said. “One of my best friends still lives there, so I talk to her all the time, but I didn’t really talk to Shirin a lot, mostly because we were never super close. So, I didn’t feel the need to keep in contact with her.”

While Berry spent her sophomore year at Marshall, Iqbal stayed in Abu Dhabi for an additional year, creating a further disconnection between the two. Due to the lack of communication, Berry and Iqbal had no knowledge that the other attended the same school in America.

“It was a pretty big shock [when I found out] since I knew she lived in Virginia,” Iqbal said. “But I had no idea she lived in Fairfax, and furthermore that she went to Marshall.”

Both students said they were confused and surprised once they noticed each other on the second day of school in math class.

“Right after class, we looked at each other and made eye-contact and we were shocked,” Berry said.

Though they might have not been the best of friends in Abu Dhabi, Iqbal said they formed a new relationship in the United States simply due to their unexpected reunion.

“We’re a lot closer now, and she’s really helped me find my way around everything at school,” Iqbal said. “She’s definitely made the move 100 times easier and made the whole transition of moving back after living overseas a lot less stressful.”