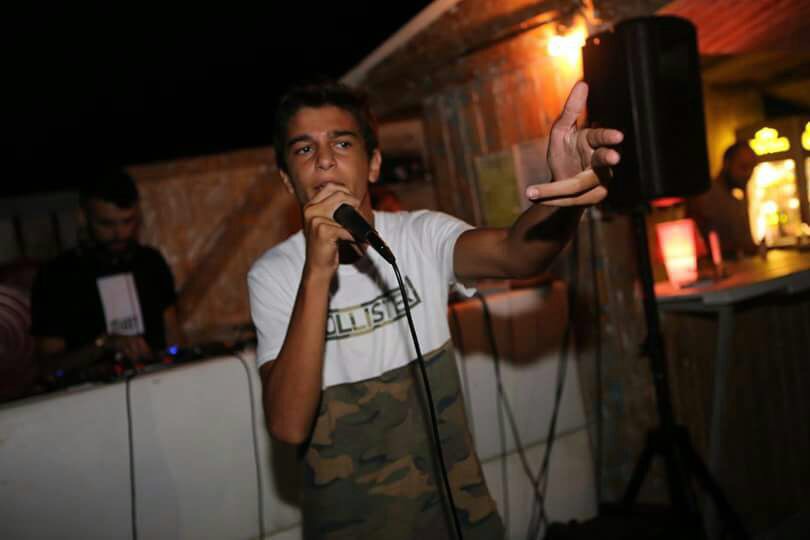 Senior Simone Oteri has come a long way leaving gang life in Catania, Italy behind him. Since then, he has become an accredited rapper.

Prior to moving to the U.S. three years ago, Oteri started rapping in his hometown. He began his career as a battle rapper, going on to win several competitions around town.

“In middle school, I saw my friends in a circle and saw two guys start rapping in a freestyle battle,” Oteri said. “From that moment I started to write and participate in freestyle battles. When I was 15, I won all these battles in my city.”

Under the stage name “Shaka,” Oteri has worked in various recording studios in both Italy and America, and plans to sign with a record label next year.

Oteri said he feels other famous rappers his age try too hard to act mature, and he tries to remain as authentic as possible in his videos.

“I’m a normal person,” Oteri said. “What you see in the videos is me in real life. I want to show to the people who I am. [Other rappers] our age […] are fake. The money you see in their videos is fake money. They want to show to the people that they are rich, they don’t care about the consequences. They want to be old, and they don’t understand we are young.”

Oteri said gang violence is common where he lived and most people he knew were involved with gangs in some capacity. He said he knew friends who went to jail, sustained injuries and were even killed.

“‘Cara Mamma’ is a song for my mother,” Oteri said. “[It is about] when I was [involved] with gangs in Italy. She was really scared about that, so I wrote the song to explain I’ll be a different person from that day. It’s also a letter to my friend’s mother. He was jumped from a different gang. They killed him.”

In light of his experiences, Oteri said he wants to spread a positive message with his songs. He said an experience with bullying when he first moved to America inspired his most recent, unreleased song “Rinato,” or “Reborn.” He will begin production of the upcoming music video on school grounds in early January.

“The song is gonna be about the effects of bullying, and that you can actually fight against it,” Oteri said. ‘‘I just want the school to think about the students, because if someone wants to go to school it’s just to study, not to fight. It should be a safe place. All of us, I think, get bullied sometimes at school, and I just want the school to intervene: really get into it and know what’s going on.”

Oteri enlisted the help of his friends and teachers to help communicate with principal Jeff Litz about filming, as well as holding interest meetings for people who are interested in appearing in the video. The video will feature six main actors and sixty background actors. He said he and his team will hold future meetings in December.

Theatre reflects on first play of the year
New Streaming Services: Worth it or Not?