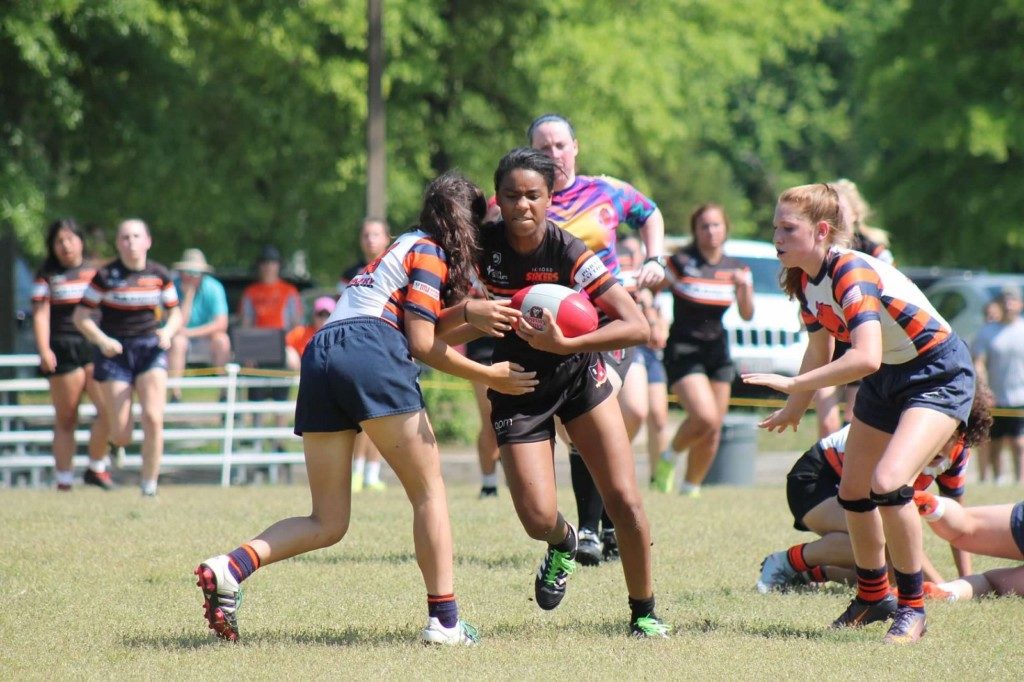 For seniors, college stays on their minds throughout the first semester, but for Noelle Lewis, Brown University has been on her mind since the eighth grade.

Lewis’ acceptance to Brown was no surprise to her, as she has been visiting the campus since she was 13 and playing for their coach.

“The tryout process was pretty long because they want to see you progress over the years, so I first started when I was in eighth grade and that was the first time Brown had ever gone on my radar and I ever went on theirs,” Lewis said. “Every single summer, I have gone up there and I have played. I get filmed and I put it on YouTube and the coach watches it.”

Lewis began playing rugby in the sixth grade while in Hong Kong, where it is common for women to play the sport.

“I lived in Hong Kong because my dad works for the State Department.” Lewis said. “Before Hong Kong I lived in Kenya, and before that, Trinidad. We left the US when I was 5 and came back when I was 15.”

Though American football and rugby look similar, there are fundamental differences in both popularity and rules.

Rugby is not popular in the United States, but there is still competition for a spot at Brown because of a demand for players in Canada, where rugby commands a larger fan base.

“Rugby is a sport that really combines strength and speed,” Lewis said. “You play with a ball that is slightly larger than a football, and you can only pass the ball backwards. You progress by passing the ball backwards but running forwards and you want to score on the other side without getting tackled. When you’re on defense you try to tackle them and prevent them from scoring.”

Since playing rugby in the US, Lewis found interest in Brown, where she plans to pursue a major in Biology.

Besides rugby, Lewis took interest in Brown’s programs that could lead to a profession in agriculture.

“At the moment, I plan to study science-related fields,” Lewis said. “Especially in biology, hopefully something that can lead to an agricultural career. I’m really interested in viticulture, which is the study of grape growing, and is especially helpful in the wine industry.”

Learn shows create a community for Marshall bands and artists
Opinion: Spring tryouts should be in spring weather